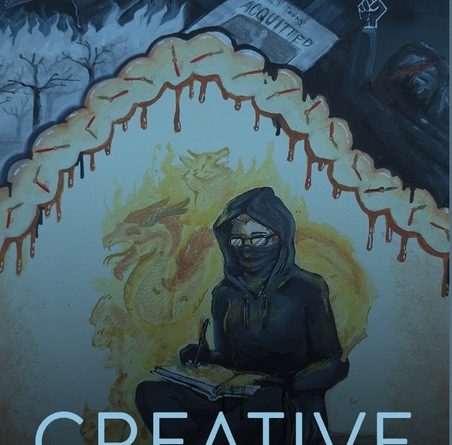 North East Lincolnshire Council recently nominated the Grimsby-based Youth Action group (who are part of the national Young Advisors charity network) for the creativity and innovation award for the Creative Connections project.

The Young Advisors national charity AGM and awards event was held in December and the Youth Action group from North East Lincolnshire won the award!

Hammond House were a key partner in the Creative Connections project, helping the Youth Action group to make this idea come to life.

The Creative Connections project was launched in 2021 by North East Lincolnshire Council in conjunction with Hammond House Publishing. Children and young people aged 11-25 were invited to creatively share their perspectives on the theme of ‘reducing loneliness and isolation through creative connections’.

Children and young people shared their perspectives on the theme through poems, short stories, letters, scripts, songs and articles, as well as drawings, posters, photographs, podcasts and films.

The Youth Action group worked in partnership with the Hammond House community organisations to run on-line workshops for young people during the Covid lockdown, publish an anthology of the creative outputs and produce the winning song entry in collaboration with local singer songwriter Amy Naylor.

The award, winners and runners up will be celebrated, and the Creative Connections book will be launched at the Hammond House Publishing annual literary festival, sponsored by the University Centre Grimsby, in February 2022.

Youth Action is a group based in North East Lincolnshire for 11-19 year olds that campaign on local issues and try to make a positive difference in the world.