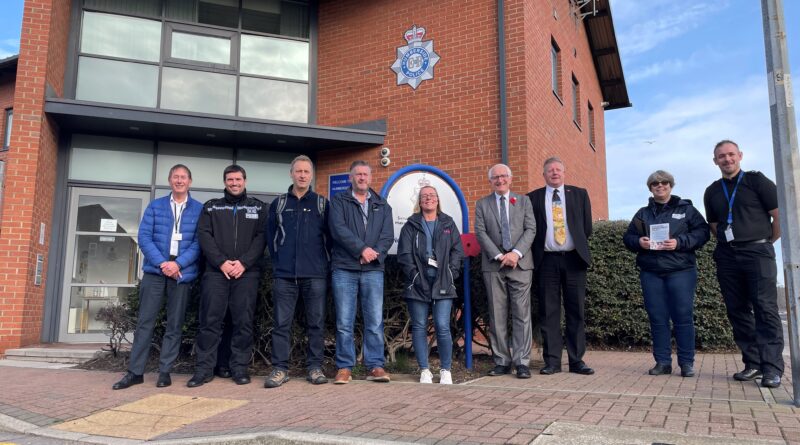 East Marsh residents are to be offered free security upgrades to help protect properties from criminals.

The project is being funded by the Home Office and managed by North East Lincolnshire Council and the Office of the Humberside Police and Crime Commissioner.

Residents in some areas of East Marsh Ward will be visited by Empower Community Interest Company, based on Wellington Street in Grimsby, to carry out free home security reviews and offer devices to improve home security

Councillor Ron Shepherd, portfolio holder for safer and stronger communities in North East Lincolnshire, said that the project was part of a wider approach to reducing crime and anti-social behaviour in the local area.

“This project is being funded by the Home Office’s Safer Streets Programme, and it’s part of some wider work that we’ve been doing over a number of years.

“Just last year, we carried out a huge piece of work in the West Marsh Ward to improve home security and bring communities together to reduce anti-social behaviour, and we’ve seen some great results.

“We’re now looking to replicate that work in the East Marsh.

“Empower will be knocking on doors in the coming weeks to assess home security and offer residents some of the latest ‘Secured By Design’ approved security devices to suit your needs and requirements. This will be things like additional security outdoor lighting, locks for windows and doors, alarms and in some cases, CCTV.

“It’s important that residents feel safe in their own homes and in their communities, and we’re working hard to make that a reality for some who have had to live in close proximity to crime and anti-social behaviour.”

The project will run over the next 12 months, and will see improved street lighting, vehicle recognition cameras, additional CCTV, alley gating schemes and support for local community groups alongside the home security reviews.

Empower CIC Managing Director, Bill Geer, said: “I’m really pleased that Empower are a part of this project, having seen the success that it has had on the West Marsh and in other parts of the borough.

“Nobody should feel unsafe in their own home, and we’re hoping that this work will help residents to feel reassured.

“We will be out door knocking in the coming weeks, but residents can also contact us to request a visit.”

East Marsh residents can contact Empower CIC to request a visit from a trained technician by calling 01472 268708 (open Monday to Friday from 8:30am to 4:30pm) or by emailing admin@empowersocialenterprise.co.uk.

The service including the fitting and equipment used is completely free for all East Marsh residents.

The SAFER Streets 4 project is being funded by the Home Office, and is being delivered by North East Lincolnshire Council and the Office of the Police and Crime Commissioner for Humberside, working with partners including Empower CIC, Vanel, Humberside Fire and Rescue, NSPCC, and Humberside Police.